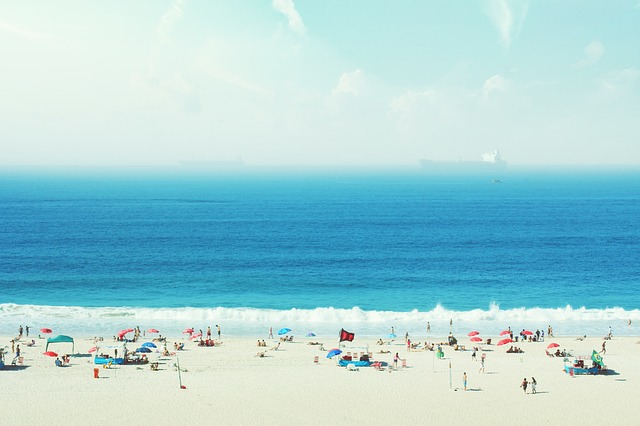 Brazil has just announced that it will open its doors further to Canada, the United States, Australia and Japan.

Now that the government has waived visa requirements, a lot of travelers must be excited with this news.

Despite safety risks (which are present in all countries as well), Brazil presents loads of fun things to do.

Consider doing these things on your trip to Brazil:

Let’s start with Brazil’s capital of Rio de Janeiro. The colossal statue of Christ the Redeemer and the favelas usually come to mind when it comes to Rio.

What some happen to sleep on are the beautiful botanical gardens of Rio. It has more than 6,500 species of Brazilian and foreign flora.

The 54-hectare garden also have snapshot-worthy monuments and greenhouse architecture.

Speaking of the Christ the Redeemer statue, the Tijuca Forest National Park is where its territory lies. The large urban forest also happens to have other great attractions such as the Mesa do Imperador, Vista Chinese outlook, murals of Candido Portinari and Cascatinha waterfall.

Ever wonder why we didn’t include the famous Christ the Redeemer statue on this list? It’s because you will get there eventually if you follow the itinerary.

The Corcovado Mountain is located within the Tijuca Forest. The 2,329-feet tall mountain is where the beautiful statue of Christ is erected.

Seeing the statue in movies and on social media speaks Rio loudly. The statue stands 100 feet tall, its arms stretching over 92 inches wide, and weighs more than 635 metric tons.

The Escadaria Selaron is an attraction due to it’s beautiful artwork by the steps. This attraction features many pieces painted by Chilean-born artist Jorge Selaron.

It is popular among tourists for its snapshot-worthy background.

It is inevitable that you visit Copacabana while in Rio. Brazil’s most famous beach hosts more than two million visitors each year.

New Years and holidays are extra special as events and fireworks displays are all around the area.

Ipanema literally means “bad water” in the Tupi language, which is stunning revelation considering it’s one of Rio de Janeiro’s most famous areas today. The prosperous neighborhood is famous internationally for its world-class shopping, restaurants and cafes. One of the largest Carnival blocks in Rio de Janeiro takes place here as well.

In Mias Gerais, you must visit this art museum and botanical gardens. Bernardo Paz (former mining magnate) is the founder of this museum who started buying plots to stop developers from destruction of the natural landscape. Today the garden features more than 4,500 species of plants.

From the capital city’s nature now to the country’s rainforest. The Ariau Towers is the oldest and largest boutique hotel in the Amazon.

The place is situated on the banks of the Amazon River, which brings you as close to nature as you can be in Brazil.

The dense surroundings of the tropical forest boasts an extreme escape from city life whilst its amenities.

It is famous for its amenities, celebrity guests and luxuries. If you are looking for something

Traveling thespians rejoice! The most attractive theater in Brazil awaits. The Theatro Municipal in São Paulo is just pure astonishing from the outside.

The inside is just as beautiful as well as the theater is highly regarded for both its architectural value and historical importance.

Speaking of art in São Paulo,  it’s art museum consists of more than 8,000 pieces of art. It also happens to have one of the largest libraries in Brazil.

It actually takes up an entire day just to go around the entire São Paulo Museum of Art but based on feedbacks, it is all worth it.

While we are on the topic of museums, this creation of Spanish neo-futuristic engineer Santiago Calatrava is famous for its five exhibition areas featuring Earth, Cosmos, Anthropocene, Now and Tomorrow.

The Museum of Tomorrow is a very interesting place to take your kids to when you visit Brazil.

We go up the northern region of Brazil this time at the Serra da Capivara National Park. This UNESCO World Heritage attracts plethora of visitors from around the world for its prehistoric sites.

The park has prehistoric paintings that date back to at least 22,000 years ago. It’s like relieving the stone age visiting this world heritage site.

Also known as the Blue Lake Grotto, this natural monument is so beautiful that it has been listed as a protected area since 1978.

The place holds two caves with interesting but fragile calcareous formations. The blue pool of water inside the cave is 200 feet deep, and is part of one of the largest flooded cavities on the planet.

Gruta do Lago Azul can be found in Bonito, Mato Grosso do Sul, Brazil.

The Elevador Lacerda is the highest elevator in the world. It connects Salvador’s upper and lower city.

This public urban elevator was built in 1873. You can enjoy amazing views on the top towers.

The Cathedral of Brasília is one of the most uniquely designed churches in the world. This Roman Catholic institution serves as the seat of the Archdiocese of Brasília.

Brazilian architect Oscar Niemeyer teamed up with Brazilian structural engineer Joaquim Cardozo to create this masterpiece. It was completed and dedicated on May 31, 1970.

The church’s unique design grabs the attention of visitors from all over the world.

This post was made possible by our friends at Edmonton Drywall.  If you need to have some remodeling done in your home then give us a call